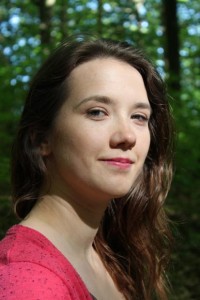 Katarzyna Czubek studied recorder at the Music Academy of Krakow with prof. Peter Holtslag and at the Conservatorium van Amsterdam under the tuition of Jorge Isaac. She continues to broaden her musical interests studying historical oboes with prof. Paolo Grazzi at the Conservatorio di Musica E.F. Dall’Abaco in Verona. She is an artistic director and founder of the early music concert series Młoda Muzyka Dawna placed in the Kashubia region. The festival has hosted outstanding young musicians from Japan, South Korea, Czech Republic, Netherlands, Spain, Portugal, Germany and Poland. She is a member of the recorder consort Bianco Fiore with which she has played in major European halls and has gained incalculable musical experience. Katarzyna teaches recorder at Postgraduate Studies of Early Music at the Academy of Music in Gdańsk and is an assistant in the Early Music Department at the Music Academy of Krakow.