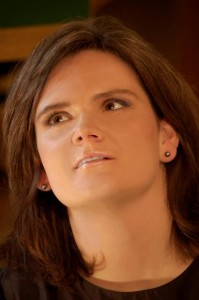 Born in Krakow, Poland. In 2002 she graduated with distinction from the Academy of Music in Krakow, studying under Prof. Elżbieta Stefańska. She is also a graduate from the Guildhall School of Music & Drama in London with MMus degree, studying with Nicholas Parle. In years 2003-2006 she continued her post graduate study at the Schola Cantorum Basiliensis in Basel studying with Jörg Andreas Bötticher. In 2009 she received PhD degree from the Łódź Music Academy with dissertation Thorough Bass in German Secular Music in the First Half of the XVIII Century at the harpsichord. In 2014 Ewa was granted a tenure at the Łódź Music Academy based on her work on Manuscript Rés. 475 withPieces de clavessin by Jean Nicolas Geoffroy (1633-1694) from Bibliothèque Nationale de France.
She started to develop her interests in original harpsichords influenced by great harpsichord player Kenneth Gilberth. She is a recipient of many fellowships and diplomas. In 2003 she received distinction at the VI Broadwood Harpsichord Competition in London. In 1999 she was awarded with Diploma di Merito from the Accademia Musicale Chigiana in Siena.
In 2012 she received a distinction from the Council of Science and Higher Education of Łódź.
She obtained fellowships from Polish Culture Minister, Ministry of Science and Higher Education, Swiss Government, Accademia Musicale Chigiana and Guildhall School of Music&Drama. Ewa has taken part in many harpsichord masterclasses led by Kenneth Gilbert, (Accademia Musicale Chigiana), Christophe Rousset, Jesper Christensen, Elisabeth Joyé, Pierre Hantai.
She has played with many baroque ensembles and has performed as a soloist and continuo player in Poland, France, Germany, UK and USA. In 2009 with Olga Pasichnyk and Nova Casa Ensemble, she prepared the monodram Tre Donne – Tre Destini with Music by G. F. Händel for Chamber Opera in Warsaw. She continues to perform in Poland and abroad.
Currently, Ewa teaches at the Academy of Music in Krakow and Academy of Music in Łódź too. Her first solo CD with Pieces de clavessin by Jean Nicolas Geoffroy (Dux 0137) got great reviews from Pizzicato magazine, Bayerische Rundfunk and Ruch Muzyczny. This CD was nominated to International Classical Music Award 2013. In March 2014 got 5 du Diapason.