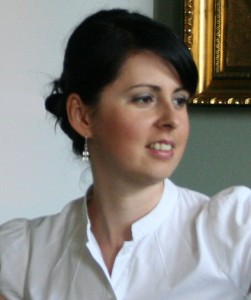 Agnieszka Draus – theorist of music – is an assistant professor and Dean of the Faculty of Composition, Interpretation and Musical Education of the Academy of Music in Krakow. In her research activities she has focused on the issues of musical theatre especially in the works of Krzysztof Penderecki and Karlheinz Stockhausen. Her research focuses also on the vocal-instrumental works of Polish composers: Witold Lutosławski, Paweł Mykietyn, Marek Stachowski. Except for about 50 articles she has released two books: (1) Stage Cycle LICHT by Karlheinz Stockhausen. Musical Theatre of the World (AMK Edition 2011) – honoured with the Hieronim Feicht’s Award of the Polish Musicology first presentation of the topic in Polish language and (2) Sound and Meaning. Studies on ouvre of Marek Stachowski (AMK Edition 2016) – nominated to the Jan Długosz Award first monograph of the composer. She is also a co-author (together with Joanna Wiśnios) of The Opera Atlas for the youth.