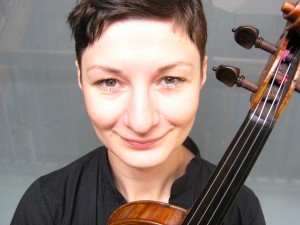 Danuta Augustyn is a violinist and a chamber musician, as well as an Assistant Professor in the Contemporary Music, Jazz and Percussion Department at the Academy of Music in Krakow, Poland.

Dr. Augustyn has toured Europe with the American band Lambchop and participated in the concerts of the Bester Quartet as well as various theatrical projects.  Finally, she has been a violinist in the Sinfonietta Cracovia under the baton of Robert Kabara (2007-2014) and Jurek Dybał (since May 2014).