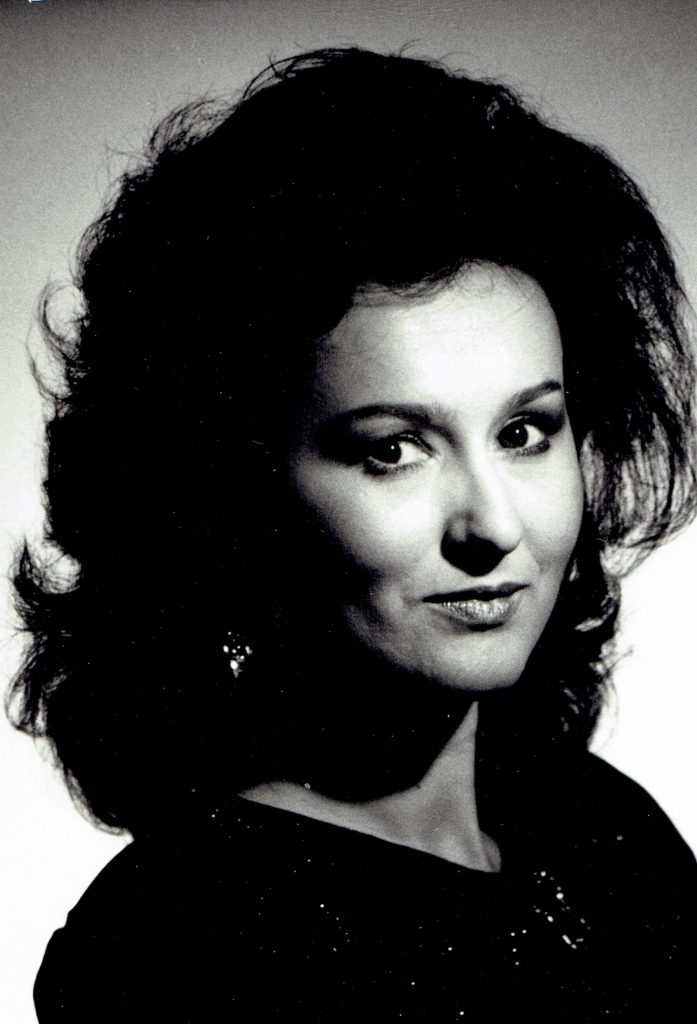 Graduated from the Faculty of Philology of the Jagiellonian University and from the Vocal and Acting Art Department of the Musical Academy in  Cracow, started vocal education under the supervision of Izabella Jasińska  – Buszewicz, and continued under the supervision of Aida Filevi in Milan. She sang her debut in Antwerpen, holding the grant from the Alex de Vries Foundation (1985). Besides, Katarzyna Suska received  grants from the Belgium Radio in 1986, participating in the European Centre for the Vocal and Opera Art in Alden Biesen, from the Association Musicale de Villecroze (France, 1987), from the Polish Ministry of Culture and Art (1986), and from the Government of Italy (Milan, 1988).

A laureate of the first prize and three special prizes at the Ada Sari Vocal Art Competition in Nowy Sącz (1986, Poland) and a finalist of the Luciano Pavarotti competition in Philadelphia (1988, the USA), Kararzyna Suska won the Golden Mask, a prize granted by musical and stage critics, for her role as Carmen in the staging of George Bizet’s opera at the Silesian Opera House in Bytom in 1988.  Soon, the artist’s become one of the most popular Polish singers in the role of Carmen, performing it at  Łódź Opera, Polish National Opera, Cracow Opera, as well as other theatres in Poland and abroad. In 1994 Katarzyna Suska received the Prize of the President of Częstochowa for her achievements as vocal artist, and in 1999 she won the Golden Record for her performance as Zofia in Stanisław Moniuszko’s Halka  at the stage of Polish National Opera in Warsaw. In 2015 she received Medal Deserved Culture  – Gloria Artis .

Since the 1995/1996 season the artist has been affiliated with Polish National Opera, where she has been appearing in a number of mezzo soprano parts, including G. Bizet’s Carmen, R. Strauss’s Der Rosen Kavalier (as Octavian), G. Rossini’s Il Barbiere di Sevilla (as Rosina) and Tankredi (as Isaura), W.A. Mozart’s Don Giovanni (as Zerlina), G. Puccini’s Madama Butterfly (as Suzuki). Besides, she has been invited as a guest singer by opera houses in Ankara, Lisbon, Brussels, Buffalo, Luxemburg, and Lyon. She sung more than 400 spetacles at this stage up till now.

Katarzyna Suska has also performed a number of song recitals in theatres all over Europe, including Antwerpen, Amsterdam, Bergen, Koln and Lourdes. She has released 15  CDs, mostly with oratories. Two of them are recitals of songs with the pianist Maciej Zagórski: Debussy, Szymanowski, Satie 2007, Schubert, Hensel, Brahms 2015. Both of them including first polish registration of songs of Erik Satie and Fanny Hensel.

The artist is a member of Jury in some international singing contests and she is publishing articles about opera, history of theatre  and vocal art. She is leading vocal mastercourses in Poland and abroad.