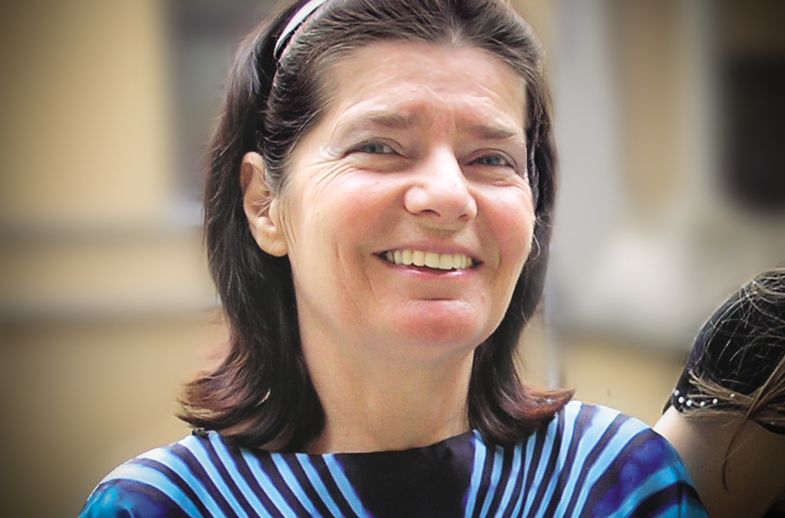 Kaja Danczowska started taking violin lessons from Jan Stasica at the age of seven. From the age of eight, she learned from Eugenia Umińska, who later also became her teacher at the State Higher School of Music in Krakow. She graduated with honors in 1972, and in the same year, she completed a two-year programme of David Oistrakh’s master classes at the Pyotr Tchaikovsky Conservatory in Moscow. Two years later, she took part in Ruggiero Ricci’s master classes organised by the Canadian government.

In 1959, she received 1st Prize at the National Violin Competition in Wrocław, a scholarship from the Association of Polish Artists Musicians funded by Henryk Szeryng, and also scholarships from Paul Kletzki, the Henryk Wieniawski Musical Society of Poznań, and the Minister of Culture and Art.

From the age of ten, she has performed as a soloist throughout the world. She has played with Krystian Zimerman, with whom she recorded sonatas by César Franck and W. A. Mozart as well as Karol Szymanowski’s Myths. She has also worked with Heinz Holliger, Gidon Kremer, Jan Krenz, Mischa Maisky, Jerzy Maksymiuk, Ivan Monighetti, Krzysztof Penderecki, Yuri Simonov, Stanisław Skrowaczewski, Tadeusz Strugała, Witold Rowicki and, Antoni Wit.

As a versatile artist, Kaja Danczowska has performed works from all historical periods. Musical critics praise her technical accuracy, clear sound and emotional involvement in the interpretation of the musical work.

She has recorded for well-known record companies as well as for radio archives (more than 400 recordings, mostly for the Polish Radio and RIAS).