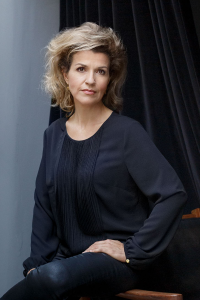 Anne-Sophie Mutter is a musical phenomenon: a violin master, who has been a regular guest of all the world’s most important concert halls for 46 years, who has a significant impact on the world of classical music as an outstanding soloist, as well as a mentor and inspirer of next generations of artists.

She is a four-time Grammy Award winner, equally committed to the performance of the music of previous eras and the latest works. She performed 30 world premieres of musical works – artists such as Unsuk Chin, Sebastian Currier, Henri Dutilleux, Sofija Gubajdulina, Witold Lutosławski, Norbert Moret, Krzysztof Penderecki, Sir André Previn, Wolfgang Rihm, Jörg Widmann and John Williams composed especially for her. Anne-Sophie Mutter actively supports the development of future music elites and engages in numerous charity and culture-creating projects. Since 2021, the artist has been the president of the German charity German Cancer Aid (Deutsche Krebshilfe), which works to fight cancer. In January 2022, she joined the board of the Lucerne Festival foundation. In the fall of 1997, the violinist founded the Association of Friends of the Anne-Sophie Mutter Foundation e.V., and in 2008 she founded the Anne-Sophie Mutter Foundation – these two organizations provide support tailored to the individual needs of their scholarship holders. Since 2011, the artist regularly performs with the Mutter’s Virtuosi scholarship holders team.

In 2022, she received an honorary doctorate from the Krzysztof Penderecki Academy of Music in Krakow.