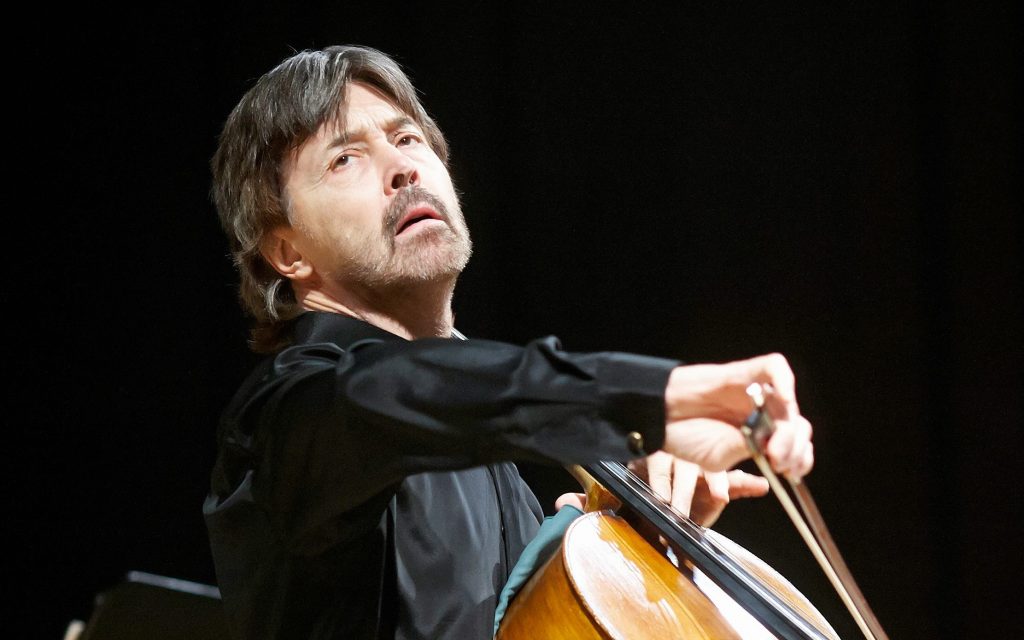 Ivan Monighetti was Mstislav Rostropovich’s last student at the Moscow Conservatory.  He was a top prize-winner in many international competitions including Moscow Tchaikovsky International Competition since then he has enjoyed a career which has taken him all over Europe, to America, Japan and Korea.

As a soloist he has performed with many of the world’s great orchestras and conductors, including  Kurt Masur, Charles Dutoit, Valery Gergiev , Muhai Tang, Krzysztof Penderecki, Mstislav Rostropovich,  Andrey Boreyko, Dmitri Kitaenko,

His sensational appearances at major contemporary music festivals and friendships with  composers such as Penderecki, Meyer, Szimanski, Tan Dun,Xenakis, Schnittke, Gubaidulina, Knaifel, Silvestrov, Ali-Zadeh, Kelterborn  have brought him a wide reputation in the field of modern music. Many works written especially for him are now part of the established cello repertoire.

Following his conductor’s debut at the Haydn Festival in Great Britain,  he has  now a varied career as a cello soloist and a conductor of international repute. He conducted among others an English Haydn Festival Orchestra, Österreichisch-Slowakische Philharmonic, Moscow Symphony Orchestra, Sinfonia Juventus,  Musica Viva Moscow, Georgian Chamber Orchestra,  Algarve Symphonie, Viva Cello Festival Orchestra. In 2014-16  as a conductor and soloist  he was an Artist-In-Residence at the Artur Rubinstein Philharmonic in Poland. In October 2016 followed his debut with Rotterdam Philharmonic Orchestra at the Cello Biennale in Amsterdam where he gave a world premiere of the Cello Concerto by Rob Zuidam.

He is  featured on Swiss TV in Ritratto a Monighetti and Monighetti: Storie di famiglia, and  has recorded for Erato, Harmonia Mundi, Orfeo,  Wergo, DUX.  His new releases include  Works by Alexander Knaifel (ECM), Haydn`s Cello Concertos and Minuets  (DUX),on both  CD`s he appears as cellist and conductor and also Beethoven`s Cello Sonatas with Pavel Gililov. He is artistic director of the VIVA CELLO festival, Switzerland  and professor of cello at the Basle Academy of Music and Escuela Superior Reina Sofia in Madrid.  His students  include such renowned soloists as Sol Gabetta, Nicolas Altstaedt, Kian Soltani,Emil Rovner and Asier Polo.

Awards and distinctions in Poland