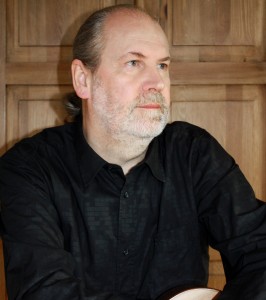 Janusz Sochacki – guitarist and educator, received his Master’s Degree  from the Academy of Music in Cracow in the guitar class of prof. Krzysztof Kossakowski.  He further perfected his skills with masterclasses and courses in Germany and France.
In 1982 he became a member of the artistic-research staff of the Music Academy in Cracow.

He has performed in Germany, former West Berlin, France, former USSR, Finland and Hungary, and also participated in many music festivals, including amongst others:
– Music in Old Cracow
– Young Polish Music in Stettin
– International Guitar Festival in West Berlin
– Guitar Festival during Lublin’s Guitar Meetings
– Antique Music Meetings in Stary Sacz
In the period of 1986-90 he was a Member of the Jury for Cracow’s Guitar Competitions.
He has also recorded CD albums and for Radio.
In addition to the above his major activity covers elaboration and transcriptions of classical works for guitar.