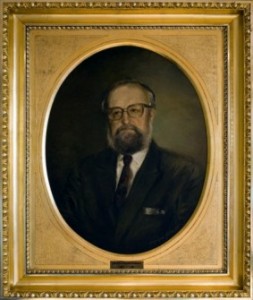 Among the students of K. Penderecki were K. Meyer, M. Stachowski and A. Korzeniowski. During K. Penderecki’s rectorship a Studio of Electroacoustic Music (1974) and Music Analysis and Interpretation Department (1975) were created, “Young Musicians for a Young City” Festival in Stalowa Wola (1975-79) was co organized, Musical Meetings in Baranów Sandomierski (1976-81) were initiated. On 28 September 1979 PWSM was renamed into the Academy of Music. In 1984 cooperation with Stendal Foundation (Switzerland) began, in 1985 Wanda Landowska National Harpsichord Competition was organized, while the year 1986 was the beginning of cooperation with International Bach Academy from Stuttgart, led by H. Rilling.